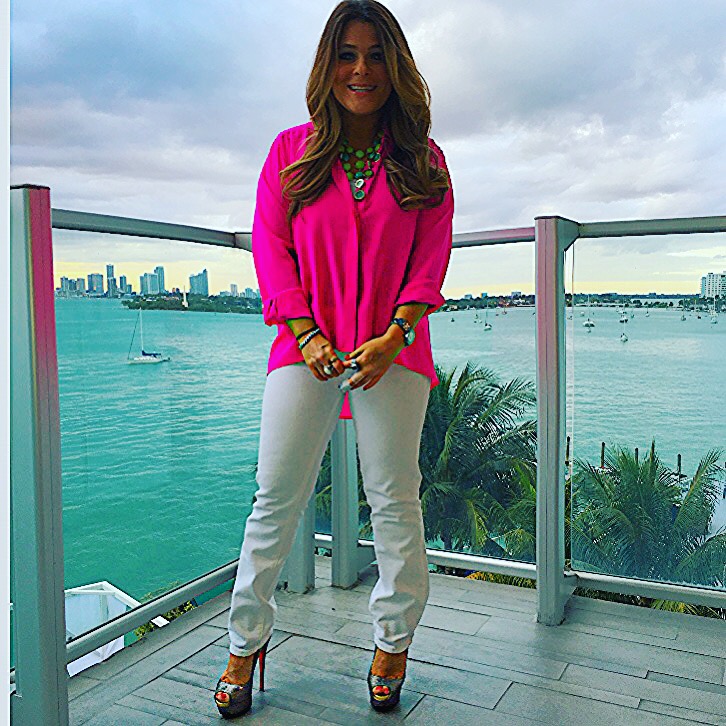 Ashlee White is a fun, fashion loving, WWE super fan, with a sense of humor and a lot to say. She’s also a stroke survivor, Lupus fighter, and starred on BravoTV’s Princesses; Long Island. Since then she’s hit the ground running in heels as a TV personality, blogger, social media influencer, motivational speaker and philanthropist. With Ashlee, what you see is what you get. She’s genuine to the core and very passionate, whether it’s a charity or a pair of heels.

Ashlee has had a few medical setbacks. She was diagnosed with lupus in 2012 and had three strokes. She credits her positive attitude, family and friends with helping her overcome the challenges she faced during her illness. Now she shares her story and uses her voice to help and inspire others. In addition Ashlee is very active with several organizations that help promote heart health awareness and raise money for lupus research. She currently sits on the Long Island Heart Ball Committee for the American Heart Association, was the Survivor Speaker at the 2013 Heart Ball as well as for the S.L.E. Lupus Foundation 2014 event.

Ashlee can connect with anyone. Whether it’s a room full of party guests, fellow survivors, or die hard wrestling fans, she always finds common ground. She’s appeared on “Good Day New York” and The “Steve Harvey Show” and looks forward to doing more television in the future. Most of all she loves connecting with her fans on social media where she has over 54,000 followers, and she’s just getting started. Don’t let the Princess name fool you!